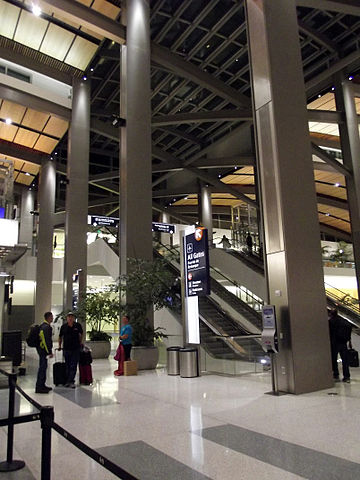 Sacramento International Airport is located off Interstate 5 just north of Downtown Sacramento. The Airport opened in 1967 as Sacramento Metropolitan Airport offering only domestic flights, most of which were regional flights with service to western states. In the 1980’s the airport expanded facilities, including adding a second runway, and added several new air carriers, including America West, Continental Airlines, Northwest Airlines and American Eagle Airlines.

Through the 90’s the airport continued to add carriers like Southwest, Alaska and TWA. Then, in 1998, the airport added a second terminal (Terminal A) and was renamed Sacramento International Airport. The “International” designation was somewhat premature, as the airport did not offer international service until adding flights to Guadalajara, Mexico on Mexicana Airlines in 2002.

As Sacramento grew, so did the number of travelers passing through Sacramento International Airport. In 2006 plan were unveiled to replace the old Terminal B with a new, much larger terminal. The plan called for a new terminal that would be three times larger than the old one and would include enhanced security features and would use a “people mover” system to move passengers to and from the gate area. The new Terminal B opened ahead of schedule in October of 2011.
​
Images