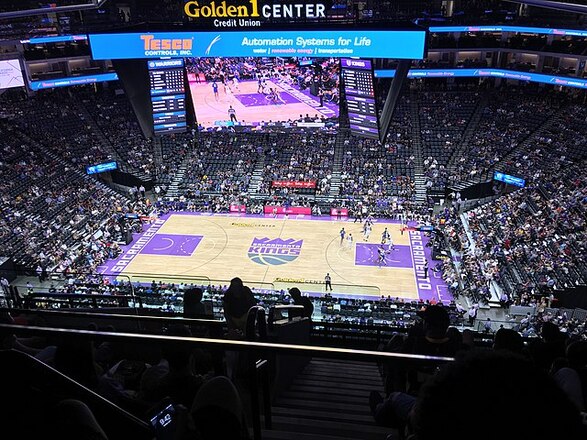 Golden 1 Center is a state of the area arena that serves as home to the Sacramento Kings of the National Basketball Association. While the Kings are the primary tenant, Golden 1 Center has become a central part of the entertainment picture for all of Northern California, regularly hosting concerts and other entertainment events, including professional wrestling matches, mixed martial arts contests and bull riding events.

The effort to get an area built for the Kings in Downtown Sacramento began in earnest in 2012 and was led by the Maloof family who owned the Kings at the time. The project required extensive cooperation and financial assistance from the City of Sacramento, which the city provided.

Among the special features of Golden 1 Center is an integrated rooftop solar that, along with a solar field located in Rancho Seco operated by the Sacramento Municipal Utility District, powers up the arena. Very much in line with Kings owner Vivek Ranadive technology root, the goal from the beginning was to make the area the most technologically advanced venue in the NBA. The 6,100 square foot videoboard is the second largest in the league. The Kings partnered with Comcast to provide powerful dedicated internet circuits that power free wifi throughout the area that is 17,000 times faster than most home networks.

Here are some of the top performers who have entertained crowds at the Golden 1 Center:
Elton John
Metallica
Ariana Grande
Paul McCartney
Jimmy Buffet
Maroon 5

The location of the arena in the downtown area makes it easy to plan a nice meal around any event at Golden 1 Center. There are a multitude of dining choices in the downtown area and if you are in the mood for the best prime rib in the region, the newly improved K Street tunnel provides easy access to Old Sac and a reservation at the Firehouse.